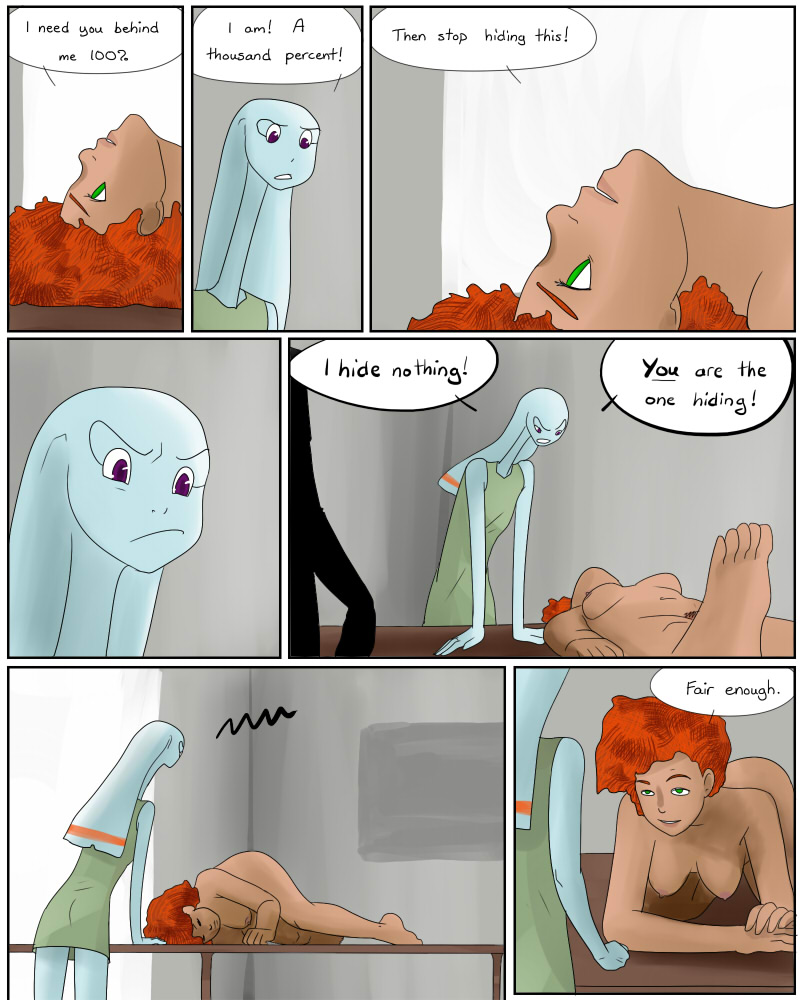 You are always nice. Besides, you've left plenty 'hanging' without breaking out the cliff this time!
highlander55 22nd Jun 2013, 2:39 AM
edit delete reply

That must be the first time Ayata's been mad.
I agree with Cat- nice position in the last frame.
Centcomm 22nd Jun 2013, 3:02 AM
edit delete reply

Welcome to the comic Bubbles, and thanks for leaving a comment - I'm sure View apprechiates it more than he lets on. :)
view 23rd Jun 2013, 3:31 AM
edit delete reply

Excellent - Our plan to keep you going seems to work perfectly !!

One might wonder if Ayata is some kind of person with... I don't know. Very high racial charisma bonus when she talks? Maybe someone who can deeply influence other people, maybe not even noticing it? It could be a form of mind-control that maybe isn't effective on PMs because they're immune to mind control, and as such immune to the skull's power, and that the skull's troops are immune to it because the skull controls them, and in general the skull recognizes them as a danger since they have powers similar to him (which would explain why he seems so intent to waging war to a backwater planet with seemingly no tactical relevance). Maybe the skull is secretly one of them, even tho he seems more in line with the Naalt regarding techno-implementation.
Sheela 23rd Jun 2013, 4:55 PM
edit delete reply

The Skull is a MiniGiraffe ?

Good catch! For your debugging effort, if you want a sketch or avatar, feel free to request one.
Post a Comment