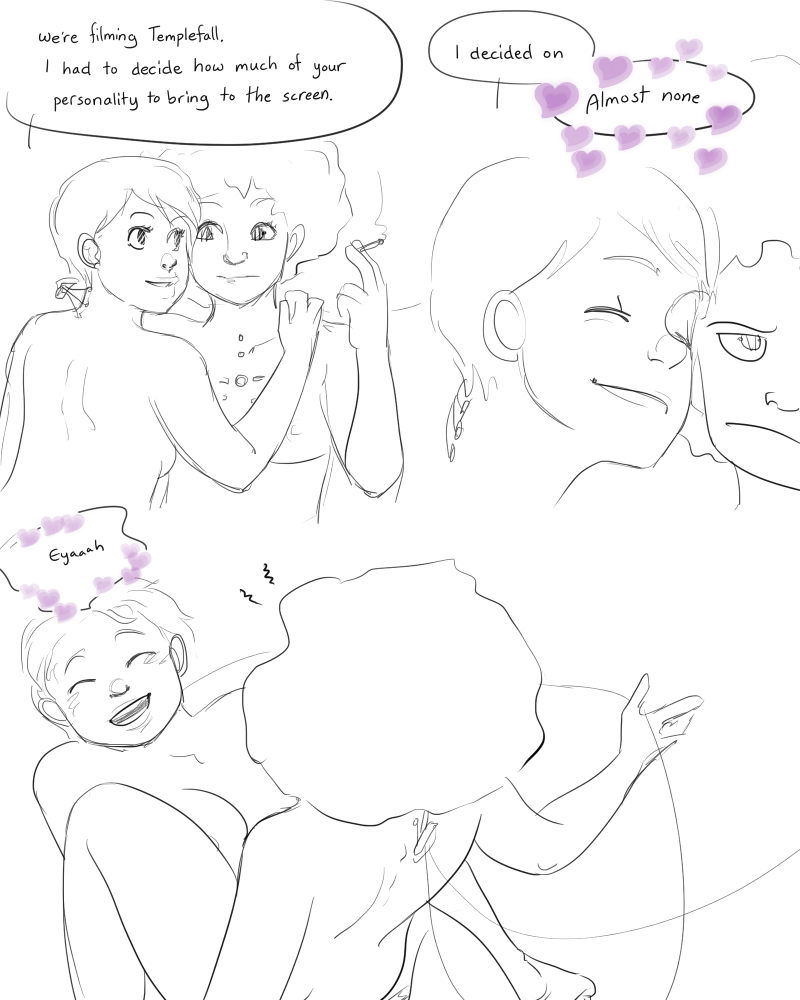 View does something that is awesome...and painful. He writes complete stories that have endings.

I love it. Far too many stories drag themselves on for no other reason other than they don't want to stop the people coming back time after time, without even realizing that not ending it and moving on is what they need to do.

In other notes- slightly disappointed in this page, because it's a bit too sketchy. Took me a few re-reads to get who was who and what was going on. at least, I think I get who is who. Shark(?) looks remarkably boyish here. Not that I mind, though; she'd make a cute boy.
cattservant 5th Feb 2014, 10:03 PM
edit delete reply

And they keep getting better!
RandomTroll 5th Feb 2014, 4:25 AM
edit delete reply