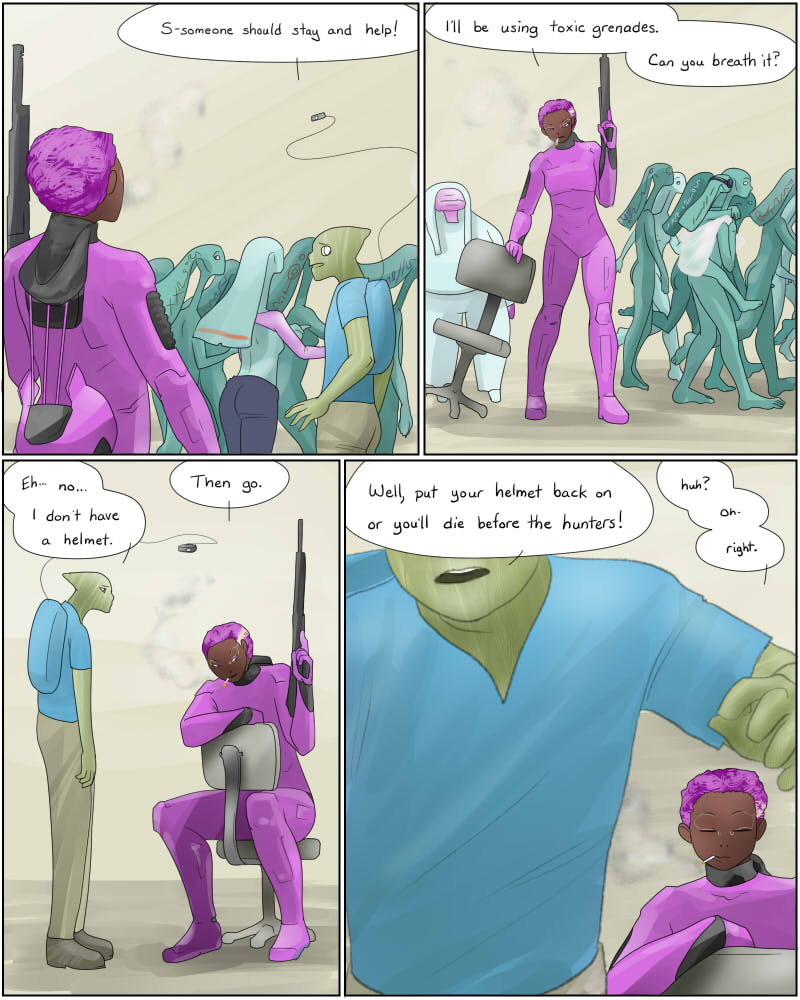 Isn't she using that toxin that kills...what was it..."anyone descended from the Λncients, which is to say, everyone"? (The quote was something like that.) Pinky (I think it was Pinky.) got shot with a dart by a spy (I think it was a spy, I'm not remembering all this very well.) and fell off a building into a couch (that Iri placed earlier to catch him), then they found out later that he didn't actually get hit (the dart didn't make it through his clothes, I think), and later they synthesized the toxin and stuck it in grenades. Isn't that what happened? Or at least, almost what happened?
view 6th Jan 2014, 1:25 AM
edit delete reply

He totally got hit. I'm sorry if I didn't make that clear.