My Hand is Opaque 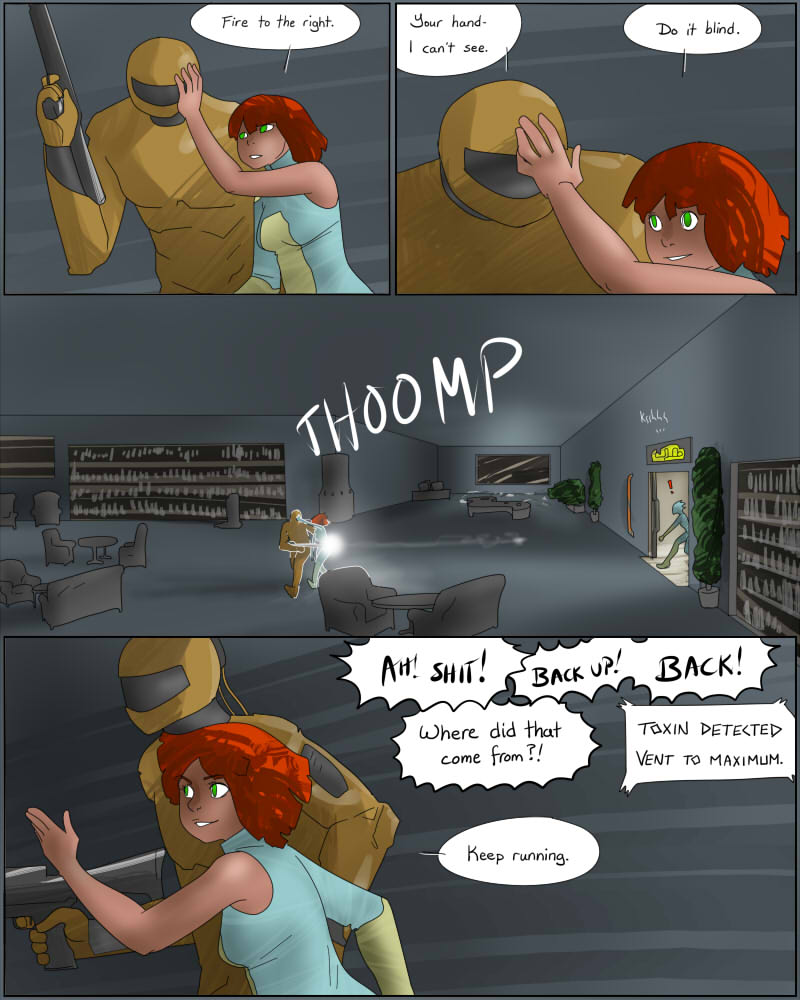 "Shoot right", she says, knowing he will shoot left.
He shoot's left, forgetting Iri told him to shoot right.
Since he shoots without having aggressive intent, the hunter cannot foresee it.

No amount of telepathy or microphones could have allowed the Slavemaster to pick up on that.

My thought was simply that Dragon King tends to mix up left & right, and Iri is using it to her advantage.

It's the equivalent of flailing blindly, which was how he hit her during sparring.
view 30th Nov 2013, 8:45 PM
edit delete reply

I foreshaded it a lot. You've already mentioned some of them.
Meh.Aloe 1st Dec 2013, 3:17 AM
edit delete reply

I am not good at remembering foreshaded things or complicated stuff in general! :D But now that I'm reminded of the "intent to harm" bit, this makes a lot of sense. :)
exegesis 1st Dec 2013, 7:19 AM
edit delete reply

first time through these archives : please do not mess up the library! all those nice books.
Post a Comment