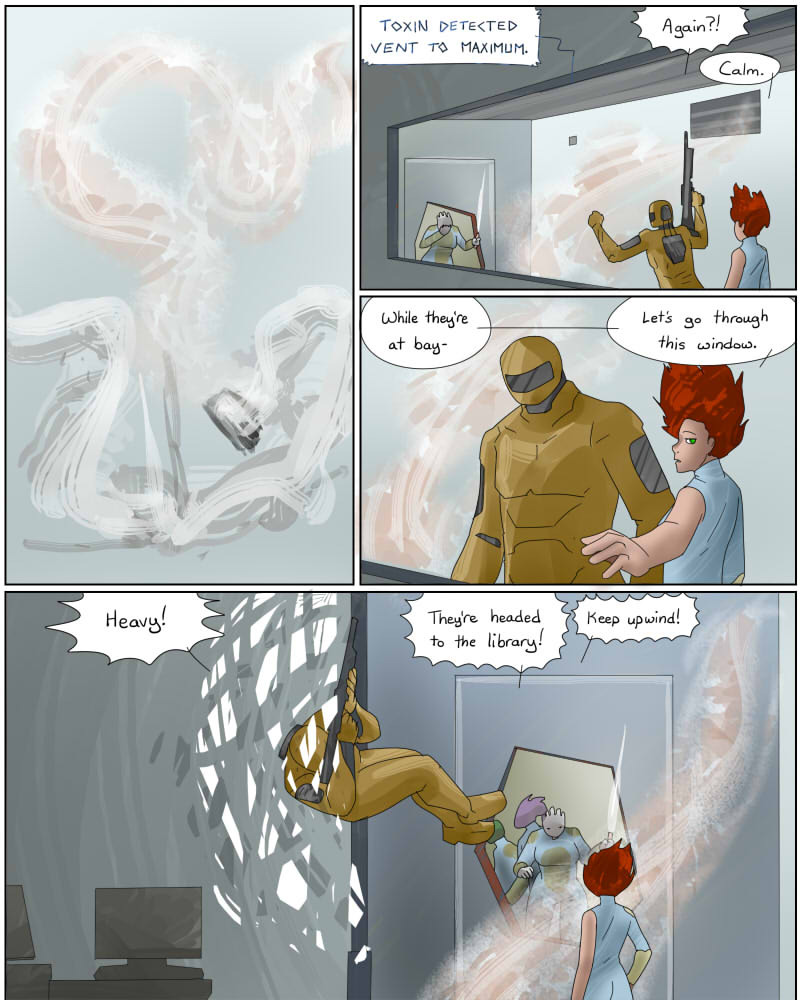 Fair, you have the best attention to detail. I can imagine how cool it would be to read a print version of this comic.
view 28th Nov 2013, 4:50 AM
edit delete reply

Obviously your gorgeous hotdog avatar has bewitched his senses and he has taken to calling you a short version of "my maiden fair".

Dragon's activation of heavy mode while mid-air brings up an interesting thought.

How an object whose mass abruptly increases has it's current momentum affected.

Either the added mass acts as though it possessed the same velocity as the existing mass of the suited wearer, or it reduces momentum as the increased mass must now be brought up to speed. If it's the former then it will mean he travels farther as it takes longer for him to slow, while the latter means he will practically drop out of the air as he abruptly decelerates.
view 28th Nov 2013, 5:51 PM
edit delete reply