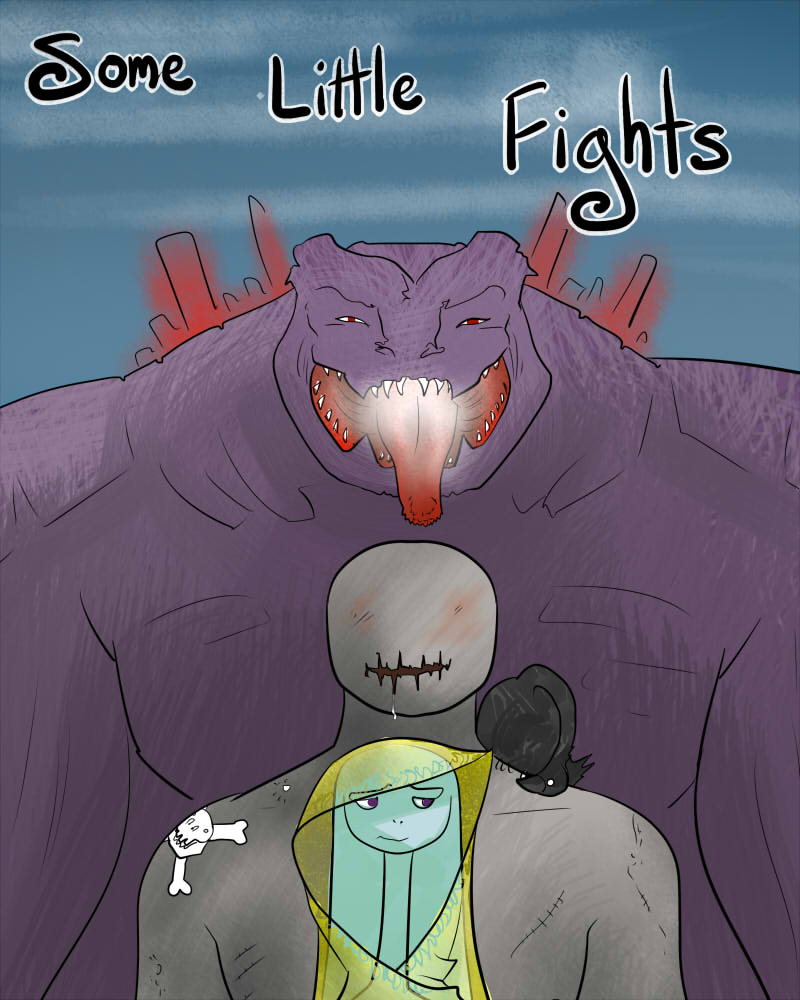 Is Space Pirate Captain Starkh the type to build a gladiatorial arena on his ship?

Does your universe have non-sentient creatures that possess psychic powers? I guess it would be a similar evolutionary development to sonar or a hammerhead shark's electrical sensitivity, or an electric ray's ability to discharge stored electricity. Then it's prey might develop abilities to obscure probability.
Seafog (Guest) 25th Aug 2013, 5:46 AM
edit delete reply
I've never really understood Strakh's injuries. It seems like he lost much of his facial skin and his eyes. Yet I get the impression he can see. And his face is the color of skin, like doctors grew new skin over his nasty head trauma. And now View says he has bruised eye sockets that show through this skin? I'm missing some element here.
Lysander (Guest) 25th Aug 2013, 8:16 PM
edit delete reply
Well, doctors that work for criminals and pirates usually start out as doctors that lost their license due to malpractice, sexual deviancy, or unlawful experimentation. Or slaves that don't have their captor's health in their top priority.

The eyes were probably replaced with cybernetics or sense-organs that work similarly to eyes. Photoreceptor cells spread across the whole skin of his face, or tiny quasi-eyes the size of pores scattered like freckles on his cheeks.

Plus, pirate captains are paranoid types and probably don't want to be under anesthetics for a series of facial-reconstruction surgeries. There's a loss of control, a show of weakness to any rivals, and vulnerability to assassination. So Strakh probably opted for a quick and dirty patch job and get a boost to his reputation and fearsome visage as a bonus. He most likely figures he can get a full repair once he retires.

The details are important in the upcoming chapter, so most of it will be explained then. Basically, Lysander is partly correct, but it's complicated by an extremely aggressive immunoresponse by his body.
Post a Comment