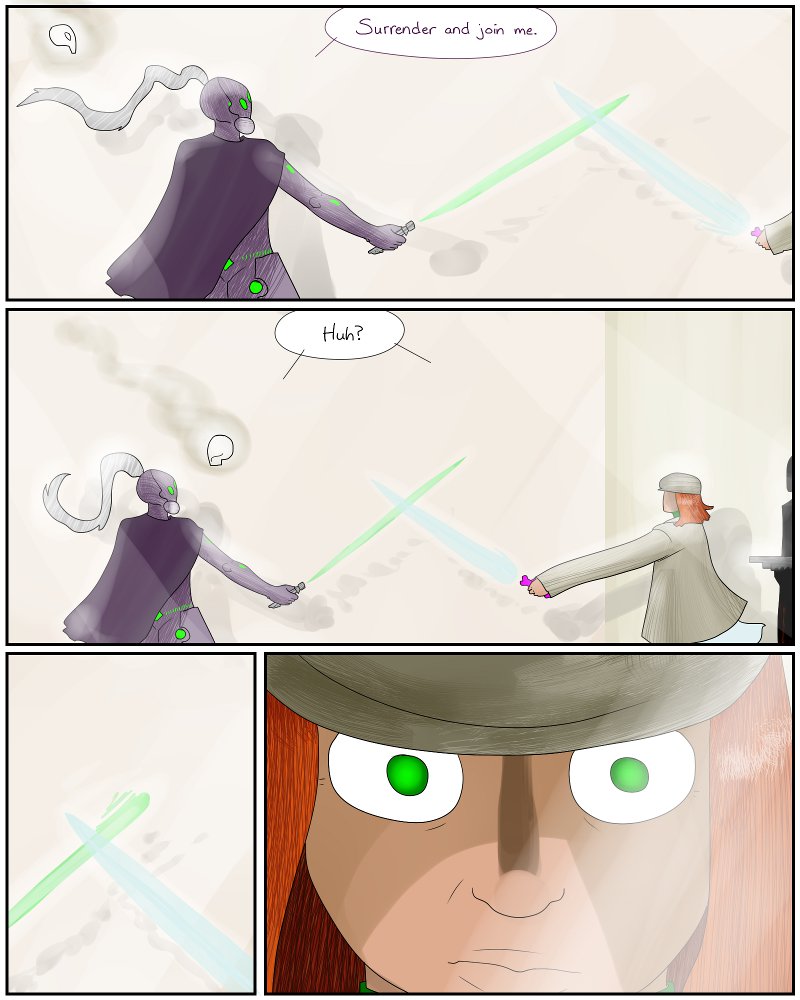 Although I was very tempted to go with Sheela's version: Sheela can have a sketch! Because it's awesome! Whatever you like.
User comments:
Phuji 29th May 2013, 10:24 PM
edit delete reply

Well, it didn't, since it's not a canon, os something like that... it would require much more engineering.

I'd love to see how the movie fans would deal feel about that. "That's so... anticlimatic."

Allright, I have an idea.

I was thinking of how your new painting skills have progressed and realized you'd never had a chance at beards yet !
Also, instead of just making a small sketch for me, make it a wallpaper for everyone.

So, I was thinking something like Odin the wanderer from norse mythology looking at the viewer and a backdrop of some simple mountains or something.
And rather than having to ink all the lines and use much time on it, just paint it straight up like if you were oil painting.

The reason why I'm choosing Odin, is that he's the Original Badass of ancient legends - And Poson Monkeys do so love to be badass, so it's kinda fitting. He was even the God of Death until he left that to Loke's child, Hel. Heck, when Tolkien wrote his stories, wizards were based on Odin, the gray robes of Gandalf, the walking staff that was also his magic focus, and offcourse, the ability to use magic.

I always wondered how a battle between two full-blown future-seeing dimensional psychers would work. I'm guessing they're busy battling through 7 gazillion possible futures while us non-psychers can only see them staring at each other....
view 29th May 2013, 11:13 PM
edit delete reply

In that case I guess it comes down to one of them seeing no possible victory and surrendering; or one of them not seeing as much as the other, the fight begins, and the shortsighted one loses after some seemingly intense fighting.

The real question is how much of the Unity psychers' behavior is compelled. A controller who lacks future sight might be inclined to push his mindslaves into effectively suicidal fighting after a loss, in the hope of doing some damage rather than surrendering.
view 29th May 2013, 11:35 PM
edit delete reply

The look on Iri's face would give me goose bumps if I were capable of such a thing. But it did rattle my Spark.
highlander55 30th May 2013, 12:22 AM
edit delete reply

Hrm, interesting, that would certainly change the game if she could cut the enemy's sword into pieces. :)
cattservant 30th May 2013, 12:42 AM
edit delete reply