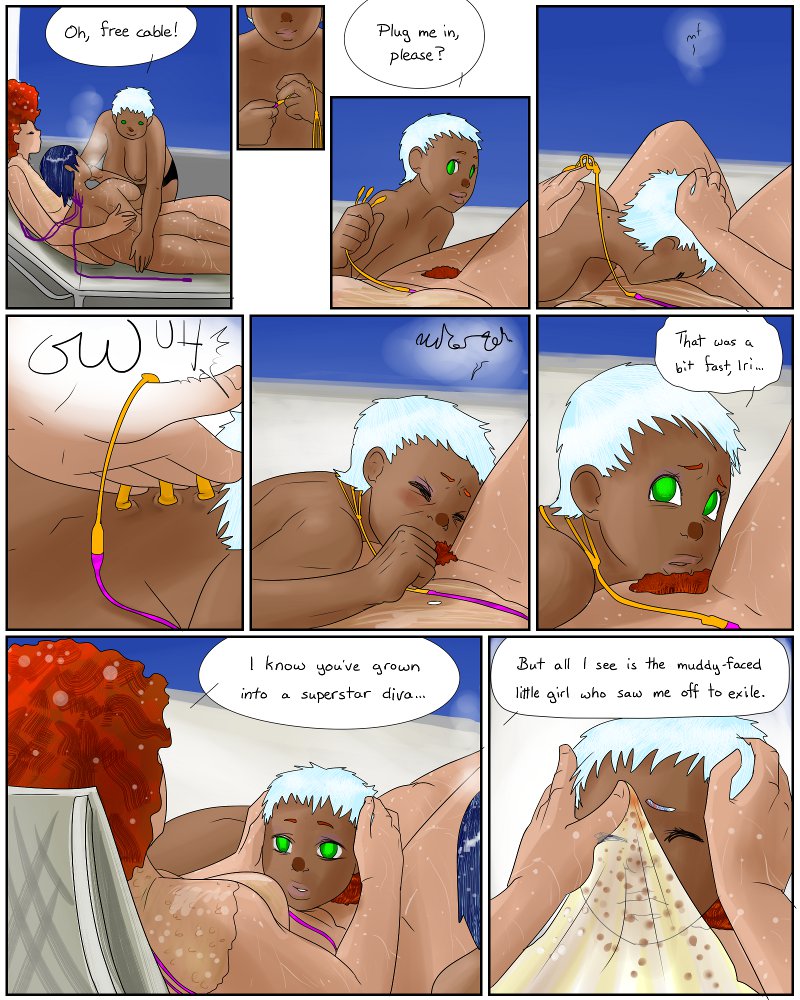 Well, if I suddenly go offline, you'll know it's because my computer went away. But, for the moment, this kludgy crashy thing is still letting me make art.
User comments:
cattservant 11th May 2013, 1:19 AM
edit delete reply

I know a, "Getting real tired of your shit" when I hear one. Not something I personally would say to someone going down on me but eh, different strokes for different folks.

I have to say she's really getting in there. I admire her enthusiasm.
RandomTroll 11th May 2013, 2:21 AM
edit delete reply

Unrequited love seems to be a reoccurring theme for your work view; that and non-standard romance.

But the key to writing is to write what you know. Stories provide a interesting insight to writers personal lives and well...
Sheela 12th May 2013, 6:30 PM
edit delete reply

Still, as View said, telling normal stories seems superflous - So most of what we see is a skewed part of what the writers knowledge ... which means Drama is turned up to 11, and conflict is almost an end in itself, rather than a means to an end.
It's kinda like watching the news ... which Arab dude do Fox news show on their program ?
The clever, softspoken and intelligent one, or the fanatically religious misogonyst bastard who can barely say anything but "I hate america", completely forgetting that both Chile and Canada belongs to that category as well.

I was mostly wondering if there are specific themes that view aims for in storytelling, and whether I was just seeing things coincidentally or not.
Post a Comment