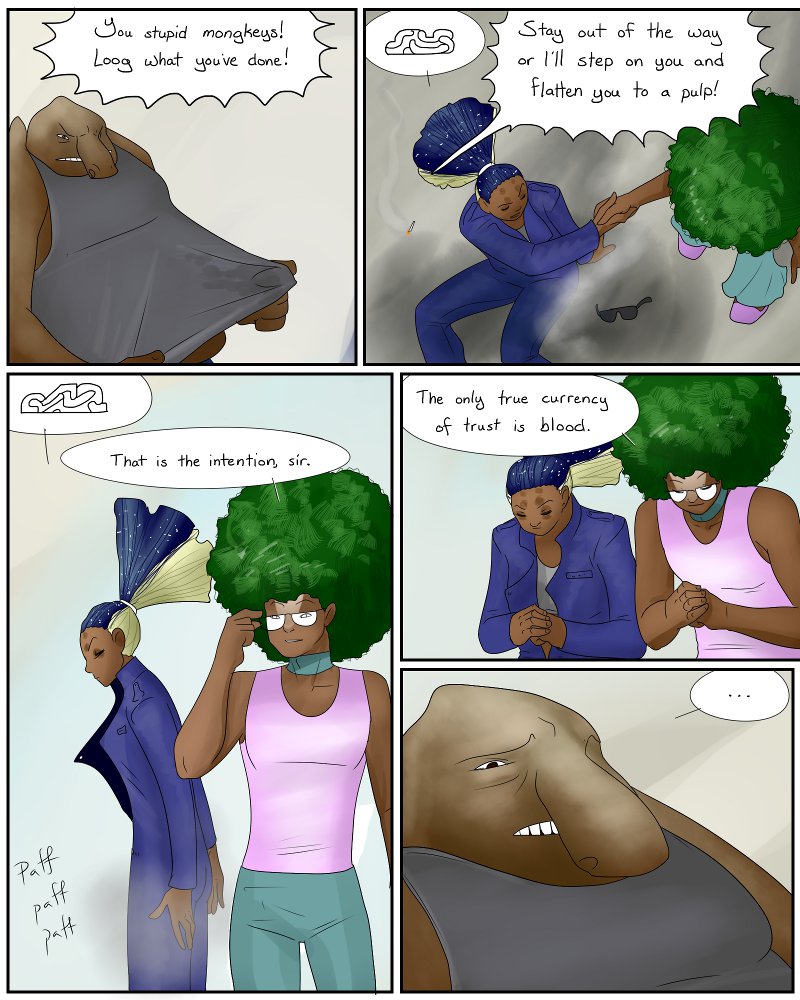 Yes another area in which Iri is different than most.

If you can't stun them with sincerity, baffle them with bullshit.
Sebine 20th Apr 2013, 3:19 PM
edit delete reply

Size can make one careless.
Underestimation can leave one in a false position.

Edit: Never mind. Just watch where you put your feet!

humor exceeding capacity for self control, thrall of the felis catus!

At least the Baramik doesn't have much toes to get compressed Poison Monkeys stuck between...
Sheela 20th Apr 2013, 8:12 AM
edit delete reply

Toes or not, they can be weirded out by odd poison monkey behavior - Though I think the PM's are actually trying to apologize .. in some manner of sorts.

yeah I get the impression they didnt understand eather .. or they are about to turn him into a thin red mist...
Sheela 21st Apr 2013, 3:28 PM
edit delete reply

Nah, they just want to play .. erh .. paint with watercolors, so they had to get the Baramik wet first ! :D
Singe (Guest) 20th Apr 2013, 10:56 AM
edit delete reply
It sounds rather logical to me. Nose tells them to stay out of the way or he'll use force. Monkeys respond saying force is indeed the only way anyone will listen. This would lead me to believe that due to this they're going to break his face next page.
pancake (Guest) 20th Apr 2013, 1:39 PM
edit delete reply
wait, the right one is a GUY!?

I'm glad I'm not the only one with some gender confusion here.

Last page I had decided the one in the blue jump suit is female and the other is probably female and just really muscular. I took a bit to decide on the second one though eventually going with the pink sandals as a gender queue. That's what's confusing though. I think PM on the right looks pretty masculine at this point, but his (her?) clothes make me think female. The poison tongue in panel 3 looks like someone prone with a boot at its back.