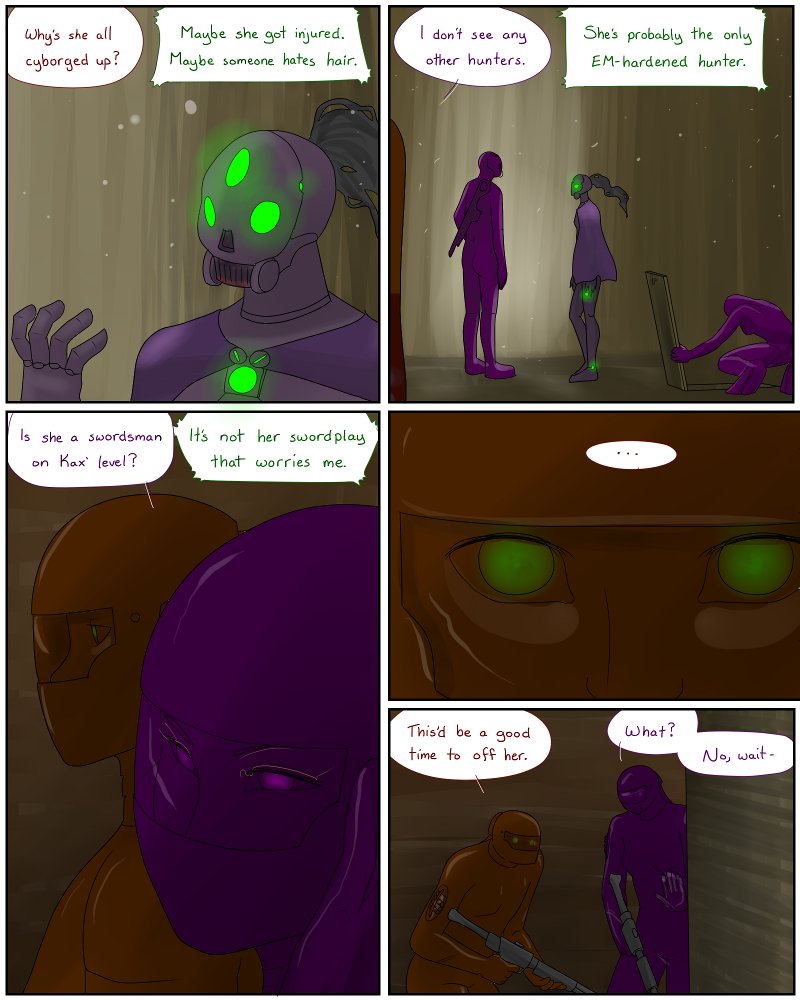 She's not really a Vader ripoff, but that's what jumps into people's mind when you have a scary cyborg with a full face helmet.
User comments:
cattservant 11th Apr 2013, 10:57 PM
edit delete reply

*Facepalm*
Dragon, did you learn nothing from your time spent sparring with Iri? Stop bringing shame to the Dragon name!
cattservant 12th Apr 2013, 4:36 AM
edit delete reply

Ah, well, then he's finally living up to it ... 'cause he's been pretty docile so far.

Uhm, it's from an old melody called "Mixed Emotions" by Rosemary Clooney , the exact line is "To a tiger, a tiger's not a tiger, if he's tame."
But the way I heard it the first time, was the shortened version - and was used in some old movie, that I cannot remember the title of.

The gist of it though, is that girls like to try and tame the wild guy and then becomes dissatisfied with him once he is tame, because he is not a "tiger" anymore.
It also works in a meta-context such as the one that Dragon is in now, he's not a "King" if he doesn't act as a "King" - That would mean he'd just be a poser instead.
JasperWB 13th Apr 2013, 4:36 AM
edit delete reply