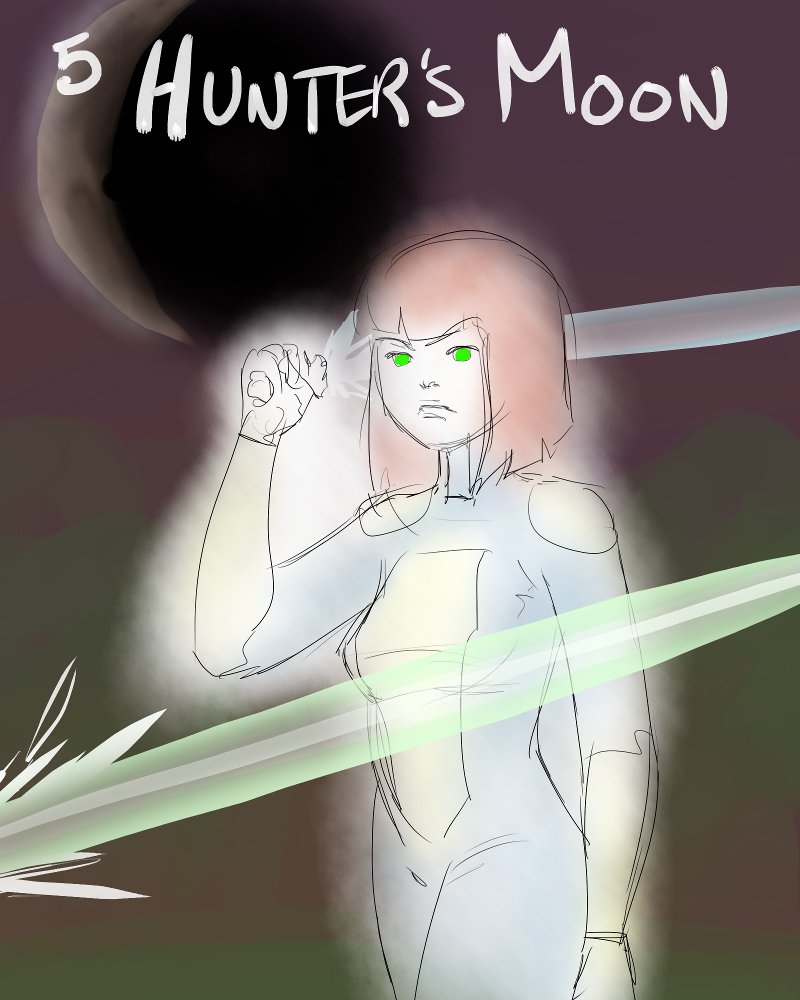 This chapter is going to have stuff in it.
User comments:
Centcomm 16th Mar 2013, 6:30 PM
edit delete reply

I wonder what kind of "stuff" we're talking about here ?

Hunters's Moon ?
Under a Killing Moon ?

Not sure why you'd think that...
klondike (Guest) 16th Mar 2013, 10:54 PM
edit delete reply
Short answer, after checkig the possible futures of the history this was the best comment :P

Long answer is some complicated thought inference, it would make sense to think that the Hunter's had an HQ and the name "The temple" (with the determinate article) somehow would be a logic name for such a place.

Since we are speaking of an Space future a planet's moon would be a good place for such a base since it would be isolated ensuring they can do what they want but comunicated with the main planet so they could also get supplies and help if necessary. Moons also have a massive advantadge in that since they weight less, leaving for space is easier (and less expensive) since their scape velocity is smaller.

There is also another guess which is it being Unity's base which may follow a similar logic as per Iri's predictions.
Sheela 17th Mar 2013, 4:20 AM
edit delete reply

Lets not forget that just like chekovs gun, once it has been mentioned, it must be important to the story.

The fact that Next not only told her about it, but also showed it to her, must mean that we have a Chekov's Hunters Temple, of which Iri is the leader!