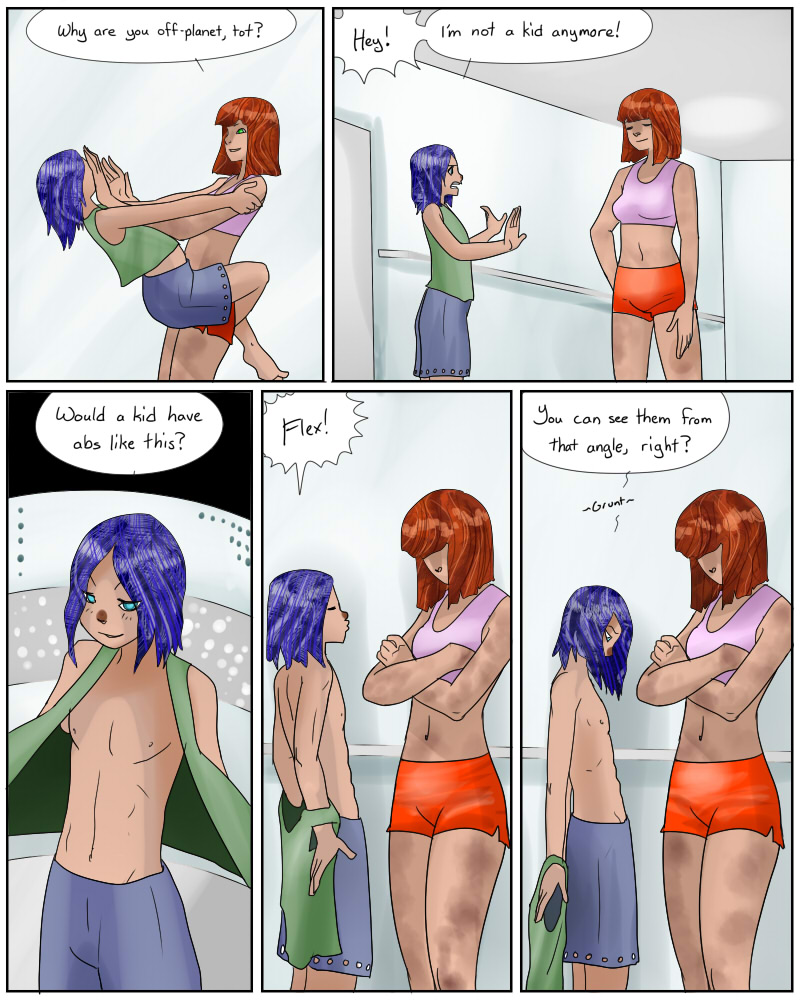 Having a rough art week. Need to stop sucking!
User comments:
Lurker5738 (Guest) 10th Nov 2012, 12:35 AM
edit delete reply
Perhaps it's time to slow down a bit. A page everything other day. Test your ability to detail & tweak your art.

I have to take Christmas off, so I'm not going to slow down and then take a long time off, that'd probably kill the comic.

It helps that you don't have a gigantic following as the really big comics, so we are a bit more forgiving of stuff like skipping a day or two - So don't worry too much about it. :)

Anyways, if you want to keep the momentum up, but also sort of want to slow down every now and then, then instead of doing 2-3 pages in 2-3 days, just make one single high definition wallpaper, while it takes just as much, or the same amount of "arty time" as regular pages, it's lighter on concerns about storytelling and pacing and lets you go nuts (not literally, please) with whatever idea you can come up with.

On top of making some nice wallpapers along the way for us to obsess over, it also gives you some time to delve deeper into a particular technique, or maybe something that wouldn't make it into the comic on it's own. And you could even use it as an excuse to make a few fan arts to other artists that have inspired you. :)


Sidenote :
Interestingly, you got the shading of the walls really well done on this page. Those walls are harder than they look, aren't they just?

Heh, you should see the moodswings during Poison Monkey pregnancy then - those are killer ! :D
pkrankow 10th Nov 2012, 3:12 AM
edit delete reply

Does the kids hair have circuitry in it or something?

Ayata did a hell of a brush job in the bath. Iri's hair looks great, similar to page 96 I think it was. Very straight and well groomed. Did you find that brush setting again, or did a lot of trial and error?

The randomness adds to the comic. The characters don't change as much, but the art changes. Keep up the good work. We all knew @ the get go this was an experiment in color.
SpaceMonkey 11th Nov 2012, 9:08 AM
edit delete reply

I'm starting to wonder, how (in)famous is Iri among the monkeys? Is she akin to a superstar, widely but vaguely known, more or less unknown except to people in her line of work(and related ones)? For example, did Dragon King and Rhythm Riot know her before, or was it only because of Pinky(actually, this might be a bad example, since they are Next's bodyguards and she seems to be known by Next).
Post a Comment